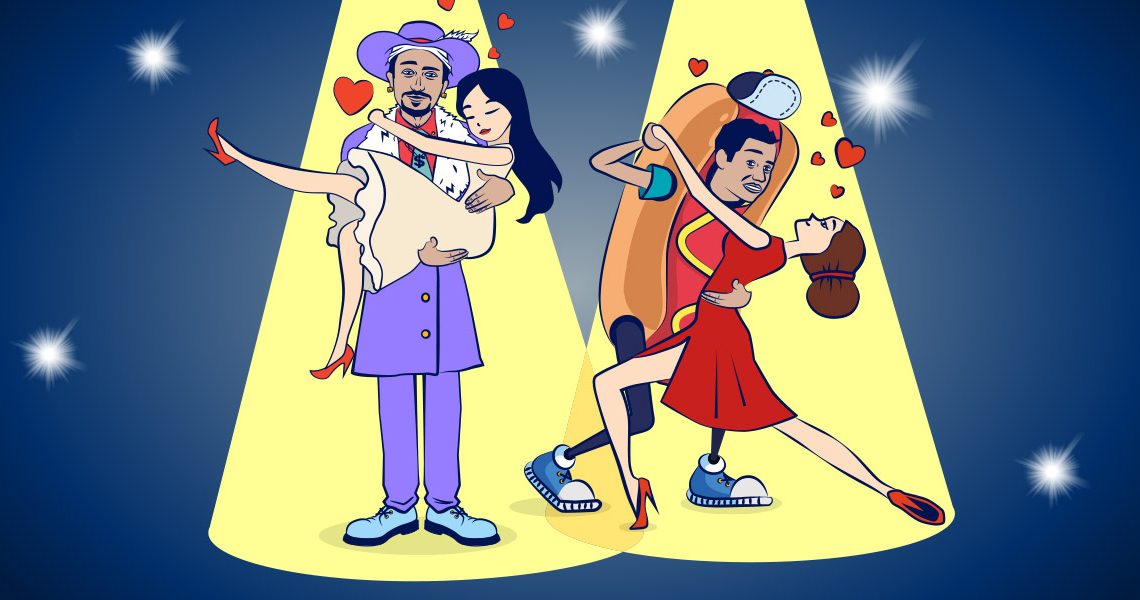 It’s not a coincidence I have a girlfriend called Ginny, with me runnin’ a Gin & Juice store an’ all. I wanted a girlfriend who would suit my lifestyle, you know what I mean? So I went speed dating with Peter Wiener to see who I could find. I was probably the fastest Hombre in the place as all I asked was their name, and if it didn’t fit I moved on before the bell went. People got a bit annoyed with me as I stood behind some other geezer while he was still on his speed date. I tried to not get in the way, I just wanted to save time by asking the girl’s name so I wasn’t hangin’ about for nothin’. They all just ignored me. They didn’t want to waste their precious three minutes talkin’ to me. I was banned from that place for obstructive behaviour. I don’t think that’s fair, to be honest, I stood behind the men’s chairs the whole time, all I asked for was a name. I left with nothin’.

I was in the store one day when Wiener came in all flustered and excited. He said he’d met a friend of a friend called Ginny who would be perfect for me. I asked him what her other names were, but he said it wasn’t important and not to be so fussy. He said if I could get a girl to like me when I get up to all sorts of mischief I should count myself lucky. Man, what a tool. Anyways he said he’d arranged a blind date for me and him with Ginny and another girl called Peaches. I was immediately torn, we have peach juice in the store - that could work as well.

Wiener and I arrived at the Taco bar and walked in to see two girls drinking alone, “our dates”, Wiener announced. I swaggered over with Wiener at my coattails, introduced myself and kissed their hands. “I am Carlos Montoya, the proprietor of Gin & Juice, you might ‘ave ‘eard of it.” Everyone shook their head and I was a bit miffed, to be honest. Could I even date someone that hasn’t heard of my store? Never mind, I thought to myself, let’s see what they order to drink. One of them ordered a Pina Colada, and the other ordered a pink gin with ice, lemon, lime, strawberries, grapefruit, and banana. Wow! That girl wasn’t going to have any room for food at that rate. But, at least she ordered a gin.

We paid for their drinks and were looking at the menu when I heard a voice from behind shouting, “Wiener, what are you doing?” “Oh hi Peaches, how’s things?” He replied. I asked him what was going on and he introduced me to Peaches and Ginny. I asked him who we were drinking with and he said he had no idea. “But you said they were our dates when we walked in.” “You didn’t let me finish, I was about to say our dates haven’t arrived yet let’s grab a seat in the corner.” I asked him why he didn’t correct me, and he told me that when I introduced myself as the proprietor of Gin & Juice he knew I was trying to make the best first impression - so, he thought it would be fun to see me make a fool of myself.

All four girls gave each other dirty looks and we excused ourselves and apologised for the mix-up. One of them said, “nay bother, thanks for the free drink.” Peaches and Ginny took it all in good humour and Ginny’s been my girlfriend ever since. It’s been a whole week now.

An enjoyable read while waiting for the police to arrive. Tell me, what's the WIFI like in prison?

That's it, I'm moving to Yemen. There's no one home so I thought I'd write it here.

I went to punch the air in agreement with you but forgot my parrot was out of his cage. Will update you after the vets.